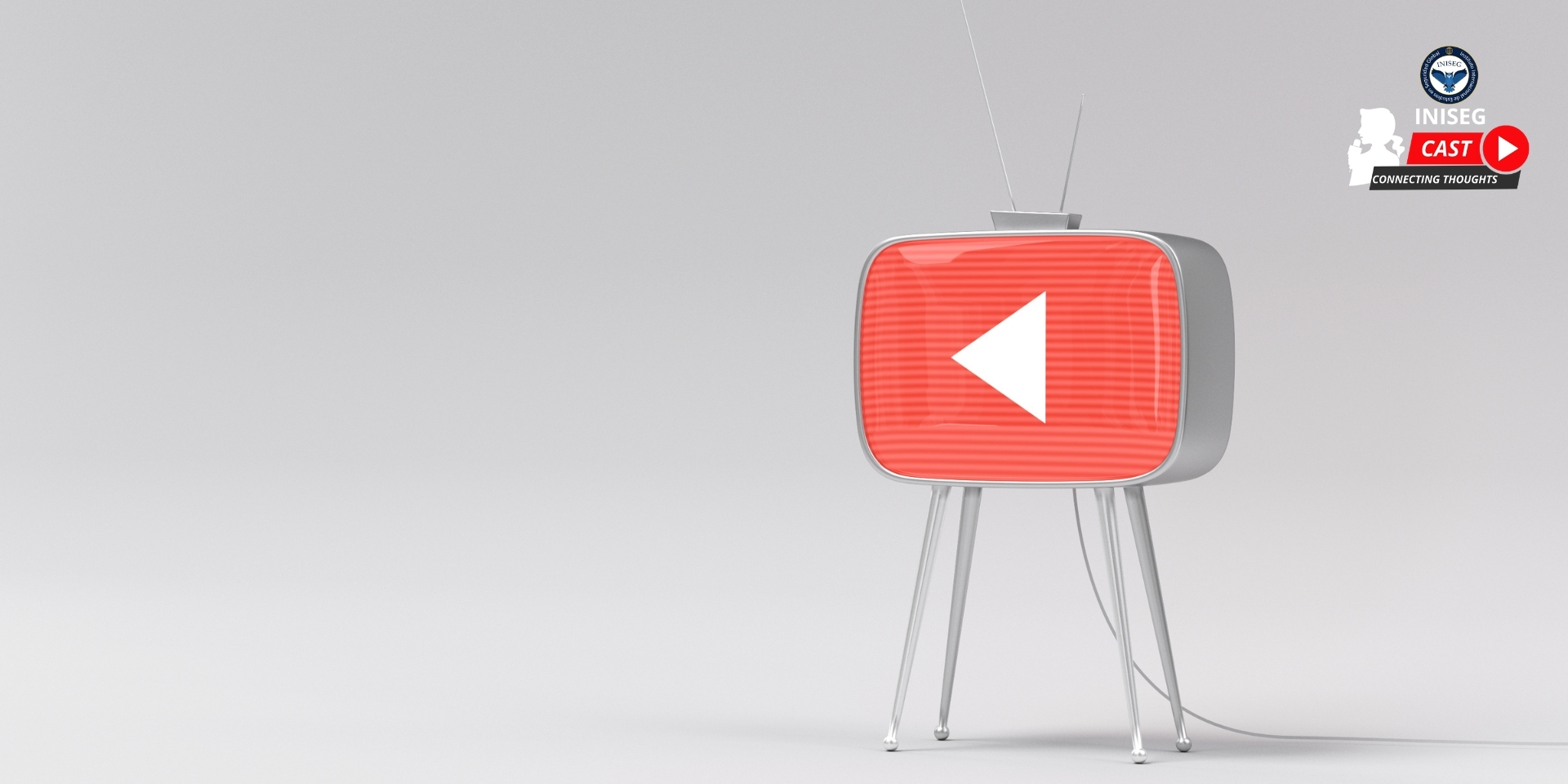 INISEG continues to grow and actively contribute from all areas of Global Security, and on this occasion from the prestigious International Institution a new project has been launched that comes to deliver a different vision in analysis and conclusions on important events within the area of Political Science. and International Relations, a training area in full professional growth.

A section of conversational interviews that is carried out with the aim of showing a different academic vision of what is happening in international events.

INISEG Cast has the purpose of informing, analyzing, talking and discussing in a natural and uncensored way, each and every one of the political and social events that happen in society. There are no journalists involved, and for this reason it gives value and the power to speak and educate all INISEG audiences.

INISEG Cast has started with the theme of «Presidential Elections to the White House 2020», having as guests important political leaders who will explain without filter and without censorship their point of view of the different strategies used by the protagonists.

John Choon Yoo (Korean; born July 10, 1967) is a Korean-American lawyer and former government official best known for being the author of the so-called Torture Memos, which provided a legal justification for the torture of detainees during the War on Terrorism. Yoo is the Emanuel S. Heller Professor of Law at the University of California, Berkeley, Assistant Attorney General, Office of Legal Counsel, United States Department of Justice. Yoo was a paralegal to Justice Laurence H. Silberman of the Court of Appeals for the District of Columbia Circuit and to Supreme Court Justice Clarence Thomas. He also served as the attorney general for the Senate Judiciary Committee. Yoo has been a professor at the University of California at Berkeley School of Law since 1993. He has written two books on presidential power and the war on terror, and many articles in academic journals and newspapers. He held the Fulbright Distinguished Chair in Law at the University of Trento and has been a visiting professor of law at the Free University of Amsterdam, the University of Chicago and the Chapman University School of Law. Since 2003, Yoo has also been a visiting scholar at the American Enterprise Institute, a conservative think tank in Washington. He writes a monthly column, titled «Final Arguments,» for The Philadelphia Inquirer. He wrote and continues to write academic books like Crisis and Command. Awards: Federalist Society Paul M. Bator Award (2001).

In addition to running as a Republican Party candidate, Santos also ran with the Independent Party by cross-filing.

The former mayor of Meriden for a term supports President Donald Trump’s idea of ​​building a wall along the southern border of the country. He wants to repeal Obamacare. He favors a rollback of trade regulations.

At age five, Santos emigrated to the United States from a small town in Portugal, where his parents were subsistence farmers. Santos, his parents, and his three siblings moved to Hartford in 1973. After high school in Hartford, Santos joined the Marine Corps for four years, where his political ideology as a Republican froze. Trained as a fighter jet mechanic and skilled marksman, he served in Operation Desert Storm in the Persian Gulf. He remembers the sound of missiles flying towards his base at night. Santos became a member of his local Republican municipal committee, but was never interested in elected office. Then in 2013, everything changed when Meriden Republicans needed a placeholder. As city party secretary, Santos allowed his name to run for mayor until Republicans could find another candidate. The experience that politics taught Santos is unpleasant, but perseverance can get things done. He saw first-hand the challenges poor cities face, he recalls.

In this section of INISEG Cast, Professor Joao Lemos will participate in a stable way, who will be in his role as permanent panelist in all the interviews, to analyze, discuss and place a different point of view towards who will be the guest.

Who is Professor Joao Lemos?

Professor at the University of Lisbon. Bachelor and Master in Law from the Faculty of Law of the University of Lisbon. He was a contributor to Jornal Expresso with a space for political comments called Politicosfera. He came to television with a section in the SIC Radical program Short-Circuit, counting on his last program with the presence of Marcelo Rebelo de Sousa. He has participated in other television programs where he comments on issues related to Law and Politics.Scientific research and cooperationMember of research centers: Private Law Research Center, Public Law Research Center-line of research on «Informal constitutional changes.» Member of the editorial boards of scientific journals.